Apart from St. John's College there are around 80 collections of Robert Graves material around the world. Here are some of the main ones.

Back to Online Resources

The Poetry Collection holds the world's largest collection of Robert Graves' poetry manuscripts. There are working papers from over 1,000 poems, ranging from manuscripts as early as 1910 up to 1959 and covering all his major and minor collections of poetry over the fifty-year period. The Robert Graves Collection also includes working drafts of such prose works as The White Goddess, Good-bye to All That, Homer's Daughter and Food for Centaurs, along with approximately 450 letters. First acquired in 1960 and subsequently developed in the decades since, the Poetry Collection's Graves Collection is a premier collection of the author's publications, manuscripts, correspondence, photographs, clippings and ephemera as well as Graves criticism.

The prose in the collection almost covers Graves’ entire career, from On English Poetry in 1922 until the lectures of 1965, the year in which the manuscripts were gathered. The bulk of the prose manuscripts are from the middle period of Graves’ great productivity, between the 1930’s and late 1950’s; since he has said that other prose manuscripts from this period no longer exist, the SIU collection is a primary source for the study of Graves as a novelist, critic, translator, essayist, or mythographer. These manuscripts show Graves’ great care with revision (there are as many as five drafts of some sections of The Anger of Achilles) and his reluctance to waste paper, since a characteristic of this collection is the vast amount of material on the verso sides of the sheets which is unrelated to the material on the rectos.

Some of the correspondence centers on the production of Antigua, Penny, Puce and the two Frank Richards novels, Old Soldier Sahib and Old Soldiers Never Die, but the bulk of it is from other poets Graves corresponded with in the 1920’s, among them Siegfried Sassoon, Edmund Blunden, and Edith Sitwell. One group of letters from the Graves family concerns the period just before Graves left England for llorca with Laura Riding. Other letters are from T. S. Eliot, E. M. Forster, Sara Teasdale, the critic Walter A. Raleigh, and artists like the Nashes and Sir William Nicholson, Graves’ father-in- law. The list of correspondents includes other authors, critics, composers, television producers, and a Prime Minister.

Includes manuscripts of various works by the British poet, novelist, and memoirist Robert Graves, as well as letters he wrote and received. A number of the poetry manuscripts were written for and given to Aemilia Laraçuen by Graves. Correspondents include T. I. F. Armstrong, brother Charles Graves, Jack Lindsay, James Reeves, Martin Seymour-Smith, Terence Tiller, Stephen Spender, and others. 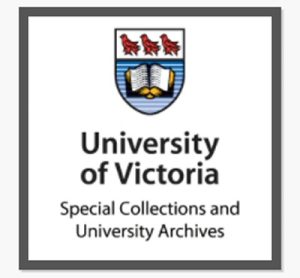 University of Victoria Special Collections Graves, Robert, 1895-1985 SC050 Title Robert Graves collection Dates 1934-1970 Extent 2.8 m of textual records ca. 200 photographs 22 drawings 1 portrait Biographical Sketch Robert Graves was an English poet and novelist. Born in London, he was the son of A. P. Graves, who had taken a leading part in the Irish Renaissance in literature and music. Robert Graves was educated at Oxford and served with the British Army in France in World War I. Graves lived at various time in England and Majorca. His early poetry received critical praise. He also collaborated with Laura Riding in "A Survey of Modernist Poetry". He is best known for his historical novels, including "I, Claudius" and "Claudius the God". Other works include "Goodbye to All That" and "The Long Week-End". Graves was professor of poetry at Oxford from 1961 to 1966. Scope and Content The collection consists of Graves' autograph diary (1935-1939), with enclosures including letters from his children, photographs, clippings, and transcripts of poems, articles and letters; correspondence written by Graves to various people, including Isla Cameron, Selwyn Jepson, Aemilia Laracuen, Andrew Mylett, and Raphael Patai; poetry worksheets (1965-1970) and prose and poetry worksheets (1970); manuscripts including essays, reviews, forewords, prefaces, articles, lectures, and for the works "King Jesus", "The Anger of Achilles", "Hebrew Myths: The Book of Genesis", "Greek Gods and Heroes", "An Ancient Castle", "La Luna de los Perros", and "Juvenalia and Other Poems"; photographs; and drawings of Majorca by Paul Hogarth. The collection is arranged in lots as its various parts were acquired not as a single purchase but from different book dealers at different times. The collection also consists of a copy of a letter from Robert Graves to UBC chemist Lionel Harrison with sample pages from the poetry book it refers to. The collection also consists of a portrait of RG by John Ulbricht done in 1968.