For a full list of descendants of Alfred Perceval Graves and Wider genealogical information on the Graves family dating back several centuries click HERE.

Robert's ancestry is traced back to the mid-late 18th Century. The paternal (Irish) and maternal (German) families had already inter-married once before a couple of generations before Robert's parents. His grandfather was the Archbishop of Limerick (Church of Ireland) and a noted mathematician. Other notable ancestors include Dr Robert Graves who first diagnosed the thyroid condition knwon as Graves's disease and Leopold von Ranke a renowned German historian. 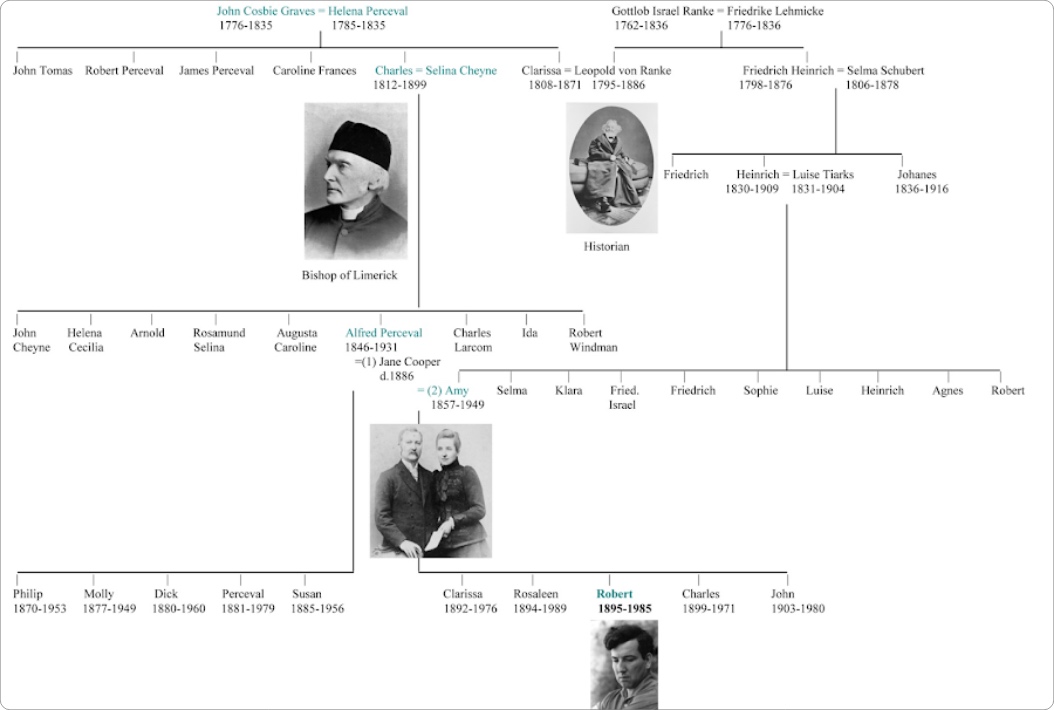